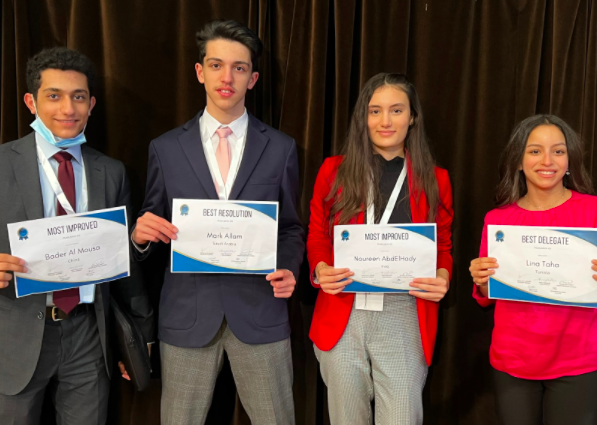 Kuwait English School field its first MUN Team since before the pandemic when they attended PearlMUN XIX at Al-Bayan Bilingual school this weekend.

Russia’s unprovoked invasion was a prominent  topic across all commissions and economic sanctions, no-fly zones and Nato support were debated.

The MUN Club at KES has worked hard this year, having to meet online every week. They met as a group for the first time this week when the school fully reopened. It is a testament to their passion and resilience that they are well-prepared, enthusiastic and committed to attend a weekend conference with a very short preparation.

I am so proud of our MUN Team, led ably by David Jacob as Secretary General and his Executive Team. Our MUN Team has an enviable reputation here and overseas and we look forward to travelling overseas again next year.

Needless to say, I am very proud.